You are here: HomenextPlacesnextSerpentine DetachednextA Military Post for VE Day 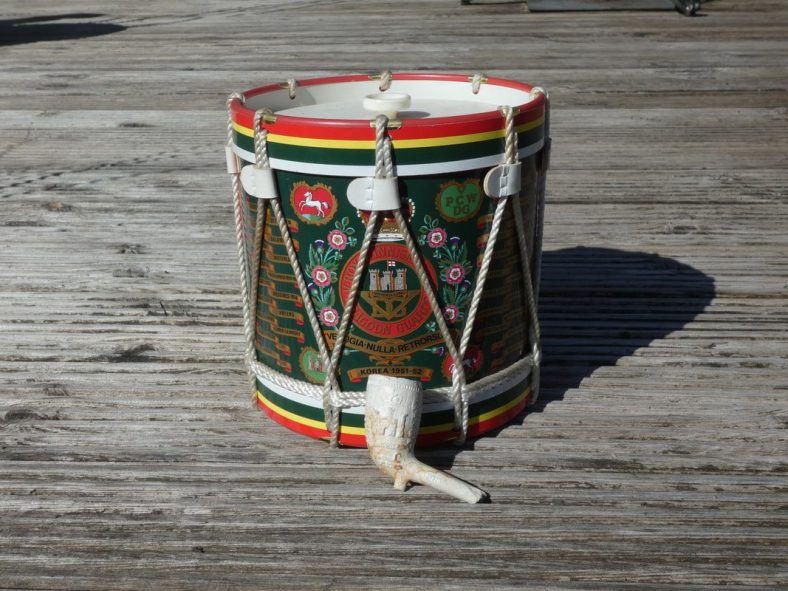 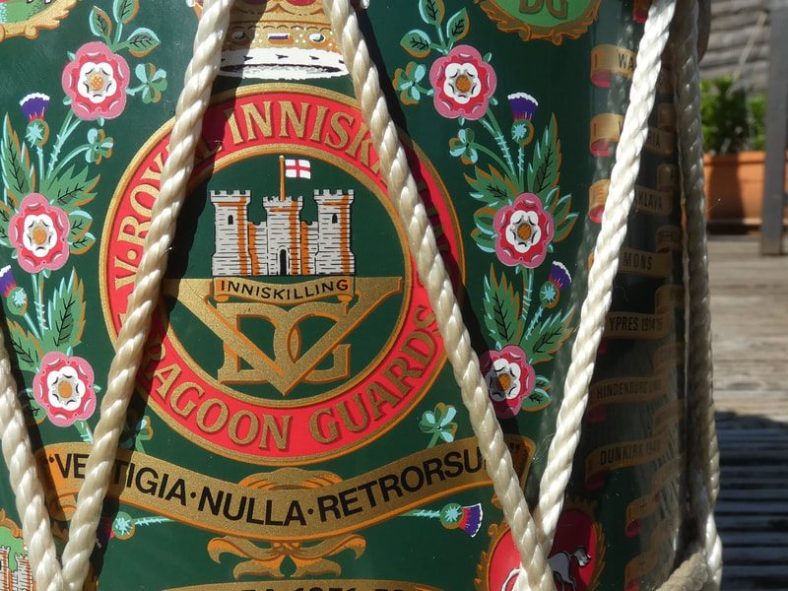 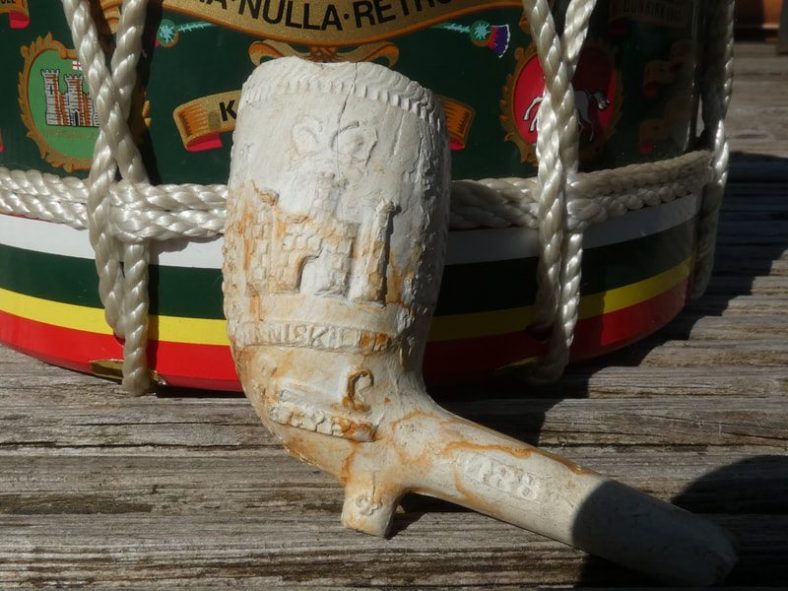 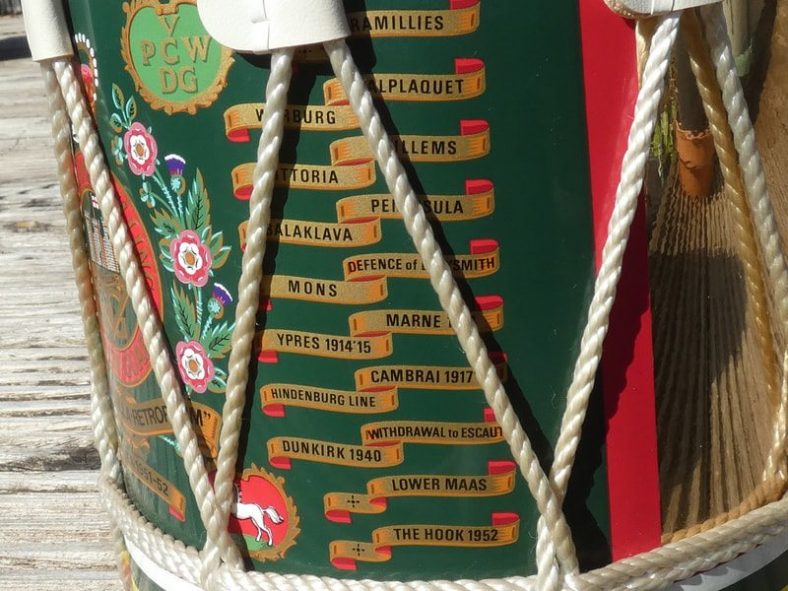 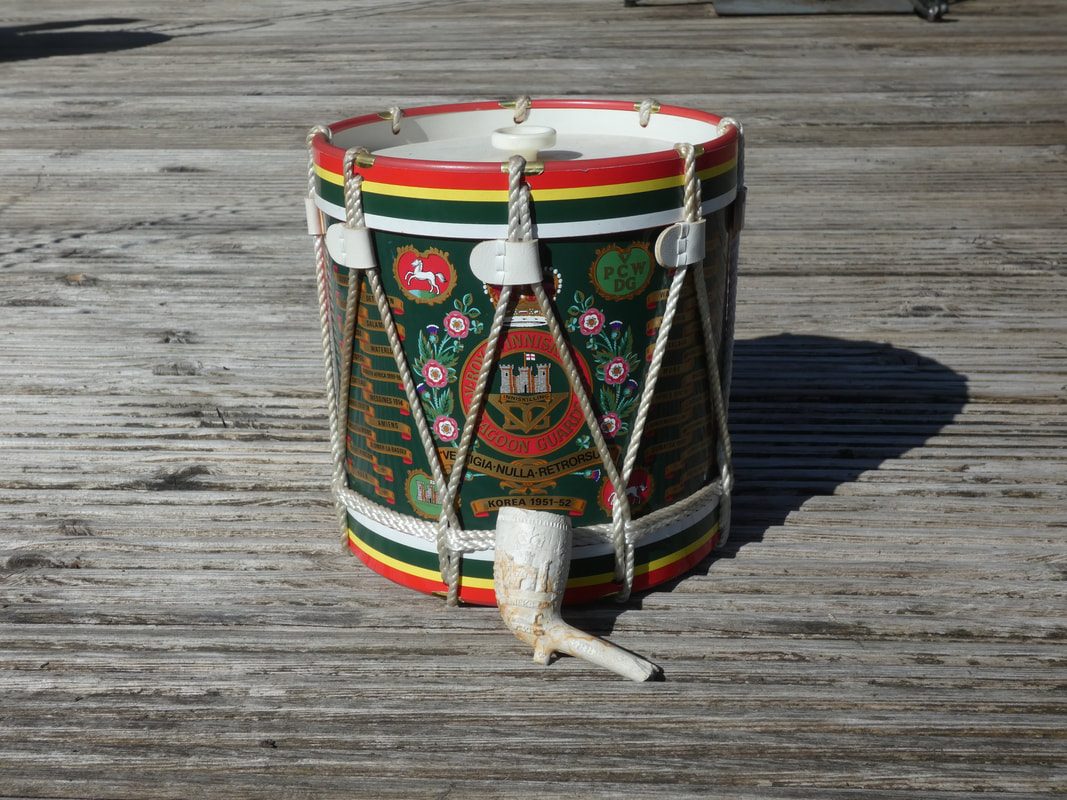 The clay pipe bowl was found on the Serpentine site, lying on the surface. It shows the insignia of the 27th Inniskilling Regiment and is a type of pipe produced from 1750 to 1881 when the regiment was merged with another body. Given the dates of Serpentine Gardens, it is likely to be from the end of this period. The insignia includes Derry Castle, their garrison town. 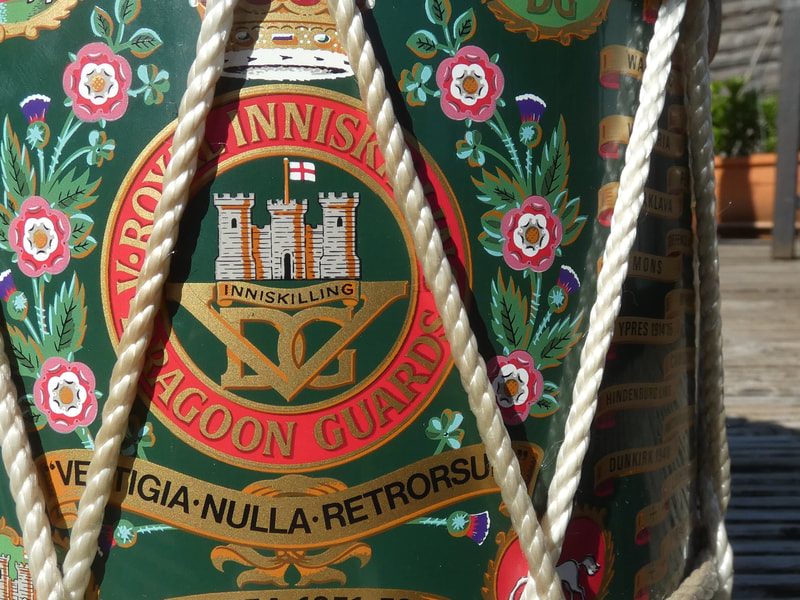 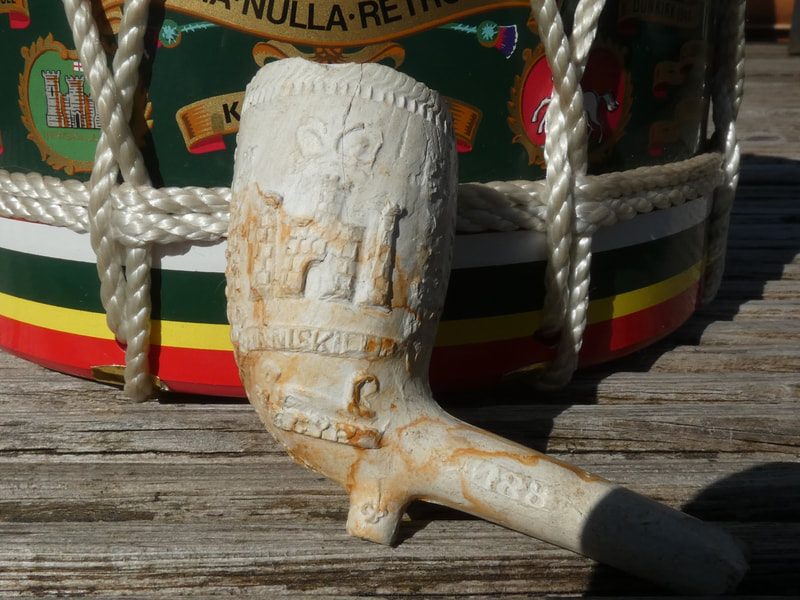 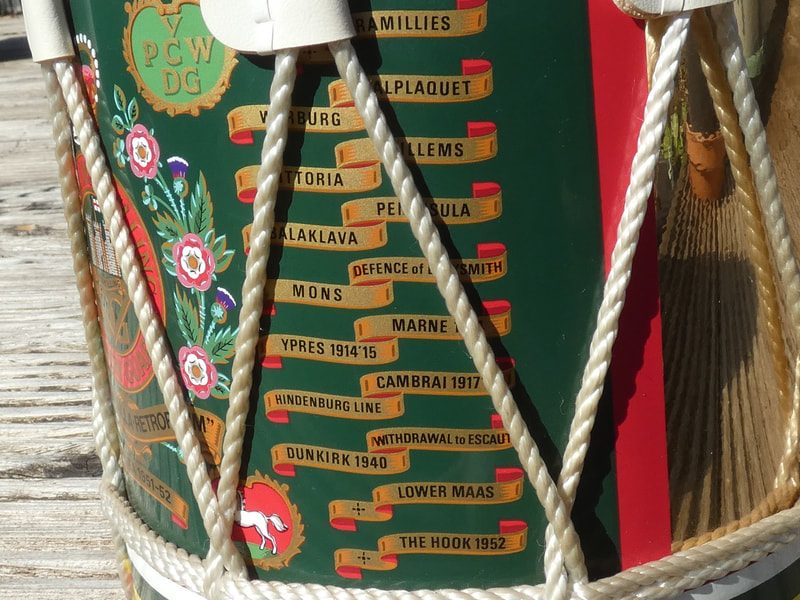 The ice bucket is from one of the successor regiments, the Vth Inniskilling Dragoon Guards, a tank regiment in which my uncle served from drummer boy to Battalion Sergeant Major including service in the Battle of the Rhine, Korea, Germany and Northern Ireland. The bucket lists many of the regiment’s actions from Blenheim, through Waterloo, the Boer War, the Indian Mutiny, both world wars and the Gulf and Iraq Wars. My mother’s wartime work was at Bletchley Park, Station X as one of the 10,000 people working on code breaking. She was on the Pacific section and carried on to VJ Day.
​Victory was vital, but the real desire was for Peace. We are not there yet.