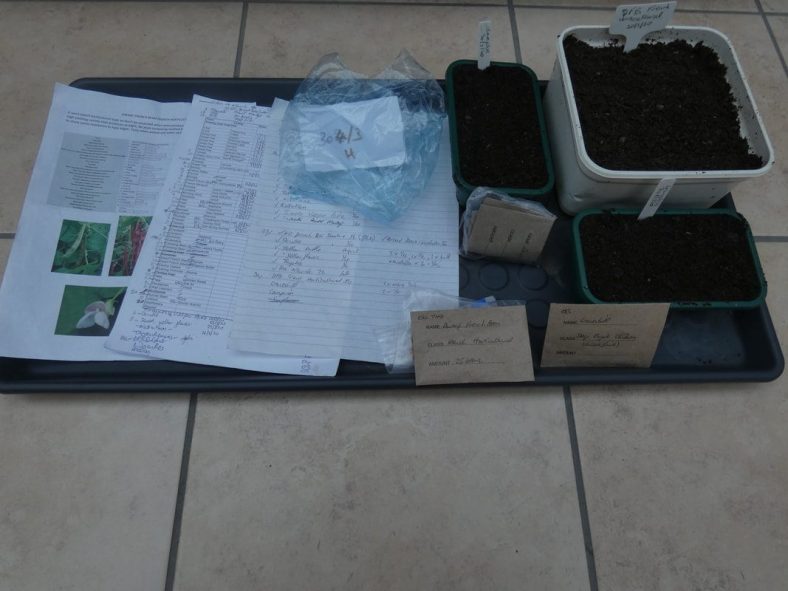 zoom
Saturday is the day we prepare for sowing on Monday. We have a plan for the whole season, then for the month and then for the week. The packets for each week are separately bagged so it is easy to see what is needed for the coming week. This Monday is a quiet one with only three varieties scheduled – Dwarf French Bean “French Horticultural” from the Heritage Seed Library, Campion collected during one of our local walks, and Cranesbill collected last September when we were walking the Yorkshire Wolds Way. We will use two quarter trays and, for the beans, a margarine tub to give them extra depth. We’ve filled them with sowing compost which is predominantly sieved leaf mould. The seeds don’t need anything richer (what they need is within the seed) until they are established and we prick them out/pot them on. We’ve brought the trays in to the conservatory so the compost can have a couple of days to warm up ready for sowing day. And we’ve prepared the labels too. 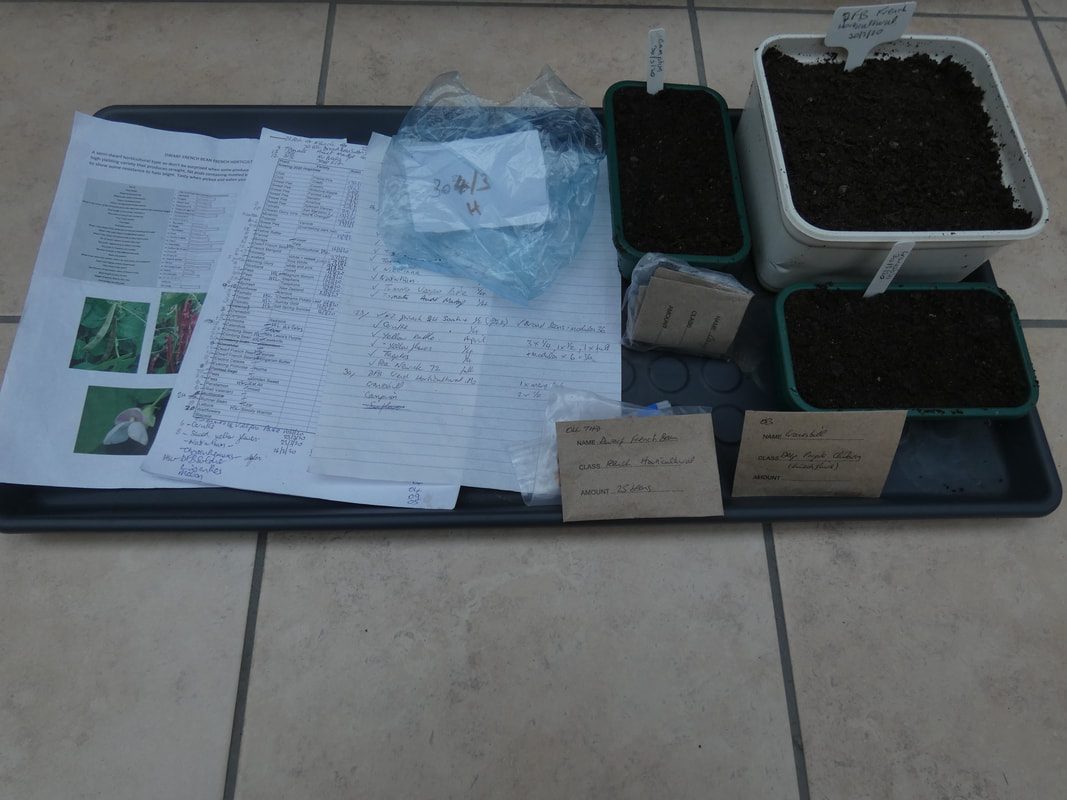 We also reviewed the tomato trays to see if we need to resow any as germination has been variable. Of the seventeen varieties we sowed, there are now only two that haven’t shown signs – Zlatava and Tigerella. We decided to give them another week before re-sowing.