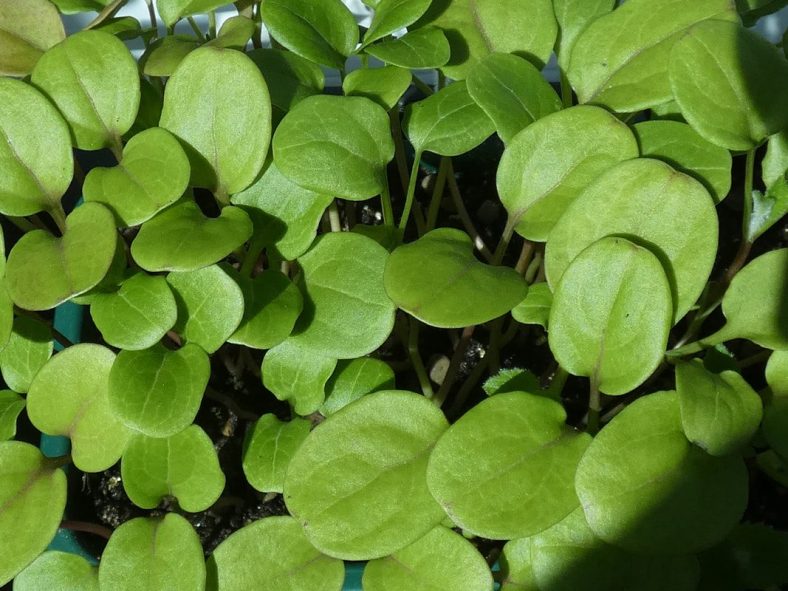 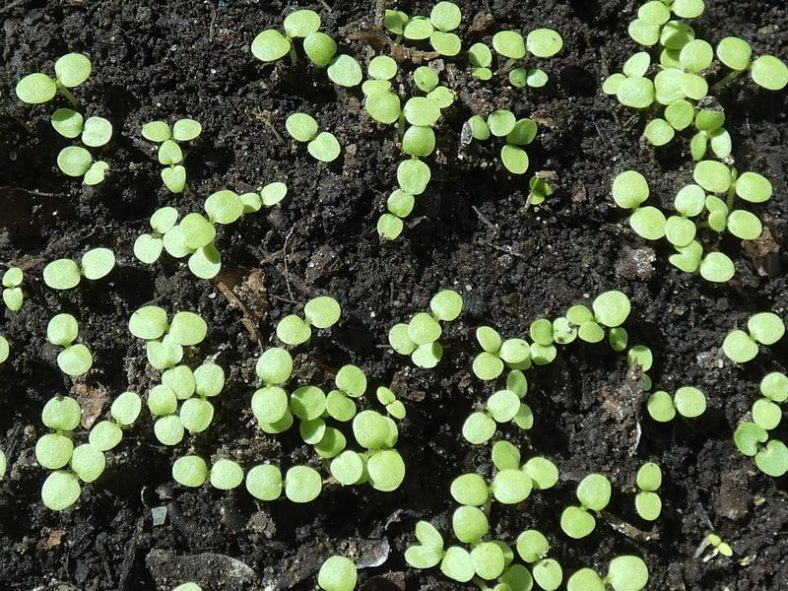 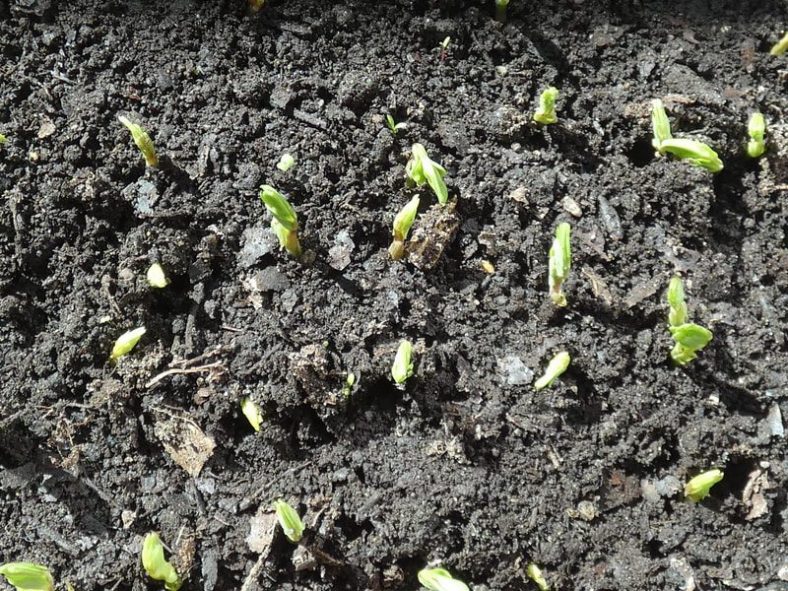 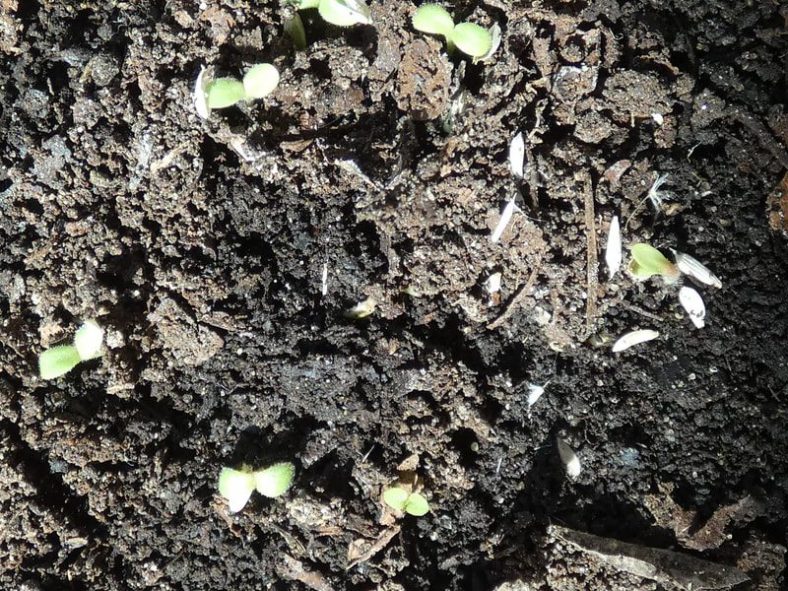 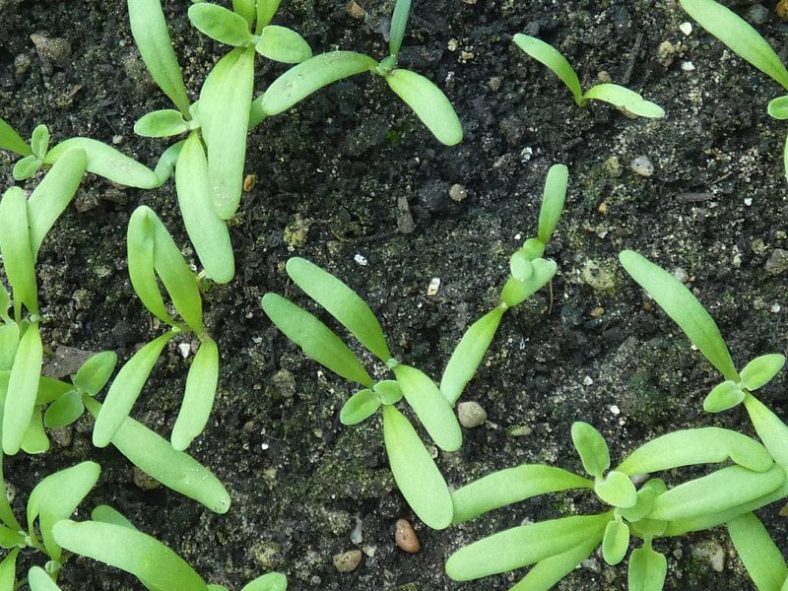 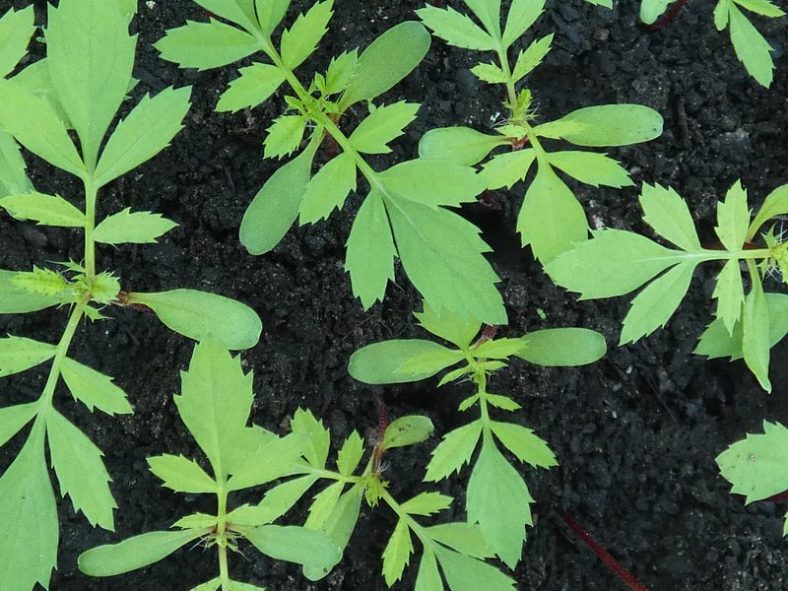 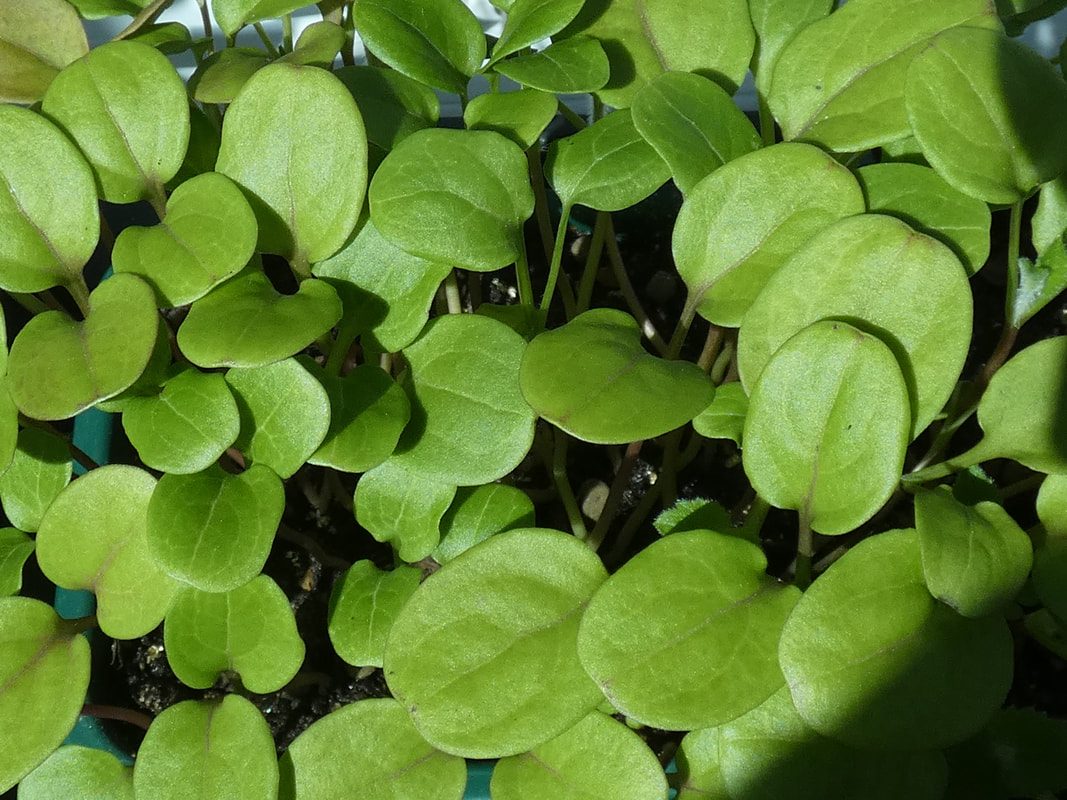 When Gil was Secretary of the Allotment Association, it was not unusual for a new allotment holder to lean across the gate and say “I’ve sown some rows of seeds and now I know I need to weed them, but I am not sure which are the weeds. Can you come and have a look?” So after yesterday’s seeds, today a brief look at seedlings. The quick answer was “If a lot of them look the same, they are probably the ones you want to keep.” These are honesty, the blue flowered version which germinated slightly later than the white flowered variety sown at the same time. Just waiting for the second leaves to appear before pricking out and potting on. 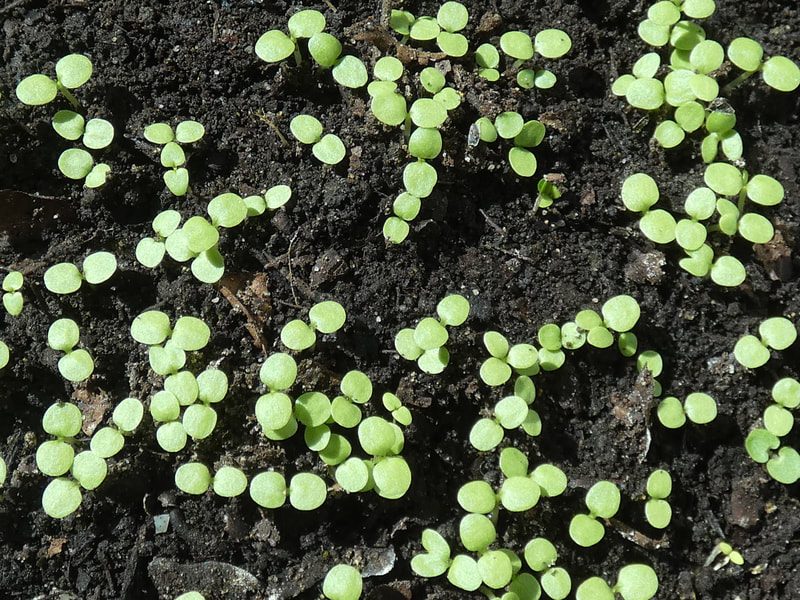 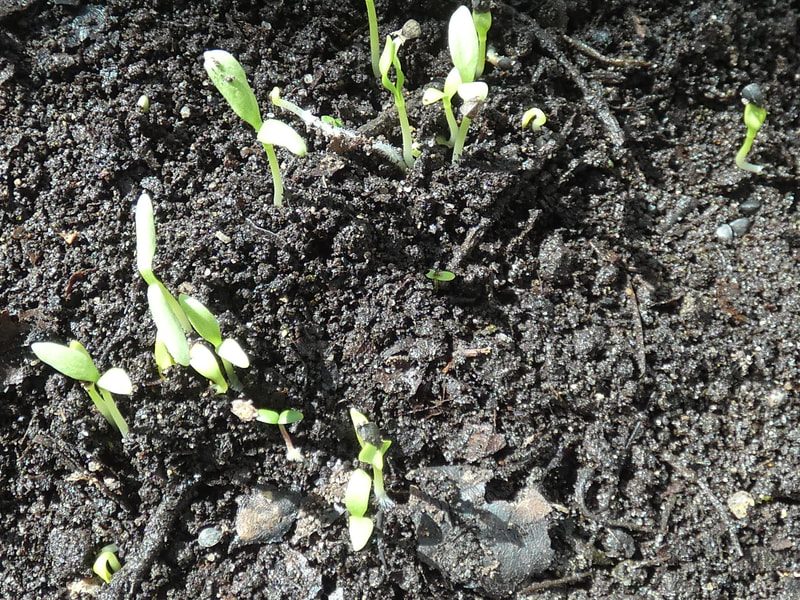 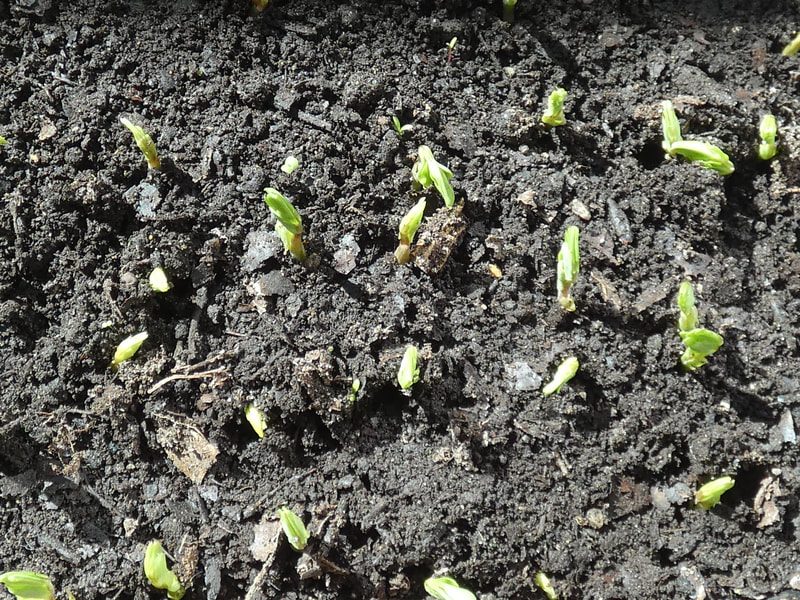 Here we have electric daisy, fennel flower and pea Golden Sweet – all convincingly similar though I suspect there is a rogue weed among the electric daisies. 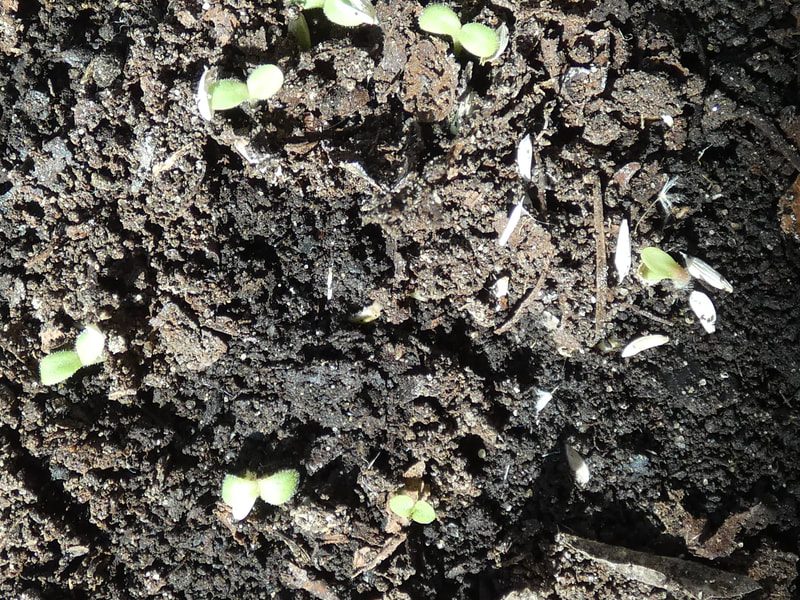 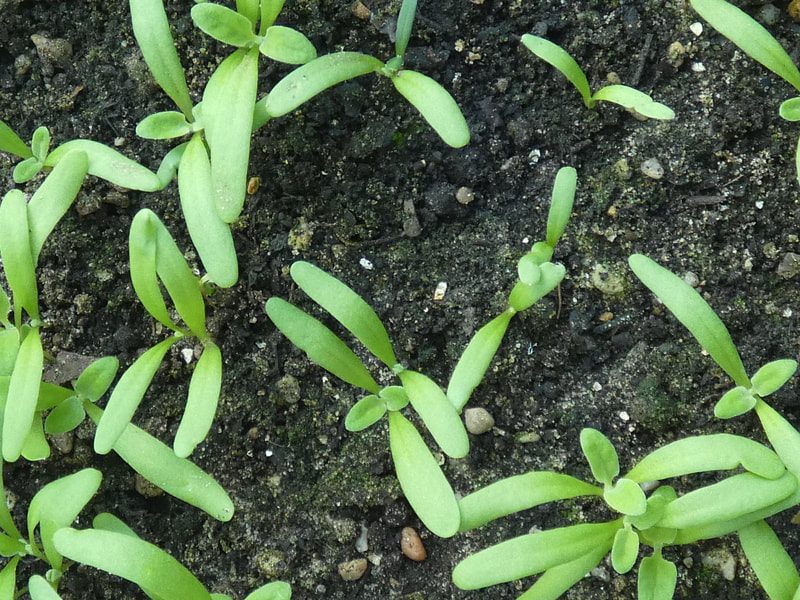 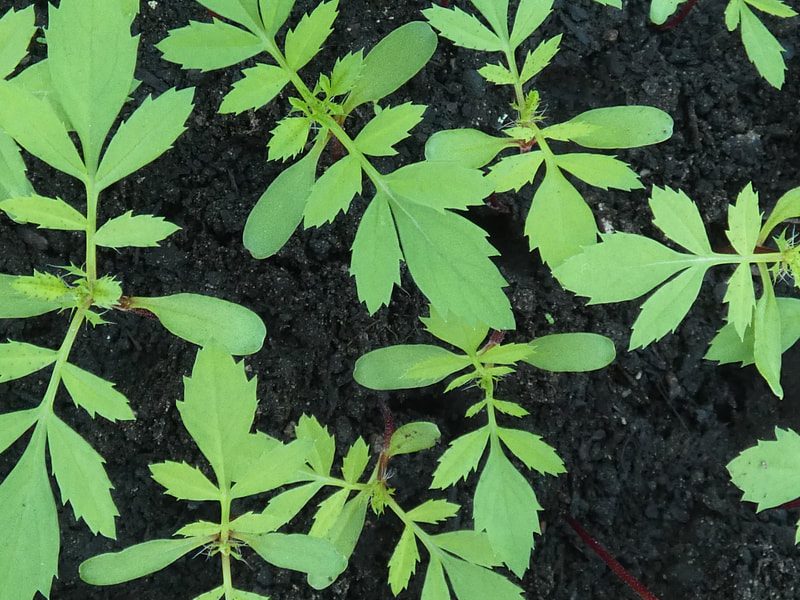 And here lettuce with the white empty “shells”, New Zealand spinach which we soaked overnight before sowing, and Tagetes. Like the seeds, the seedlings are all different and fascinating for new and old growers alike.