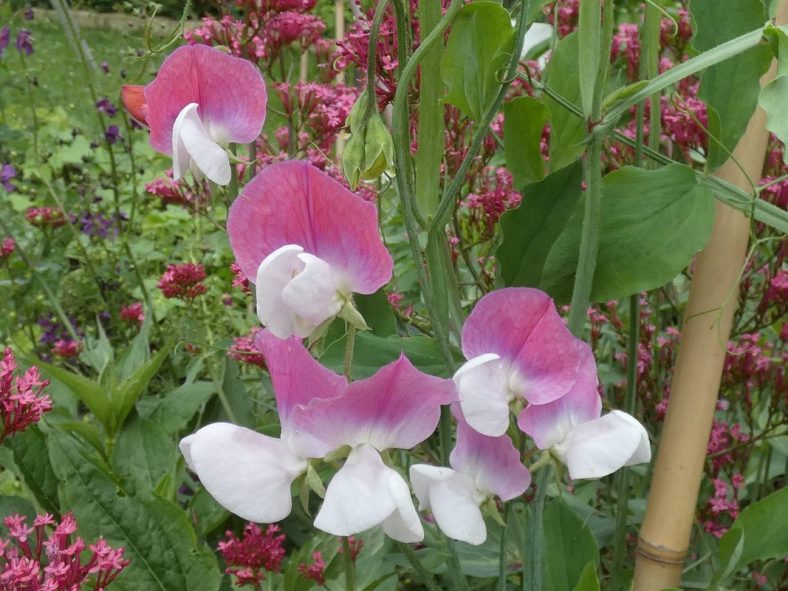 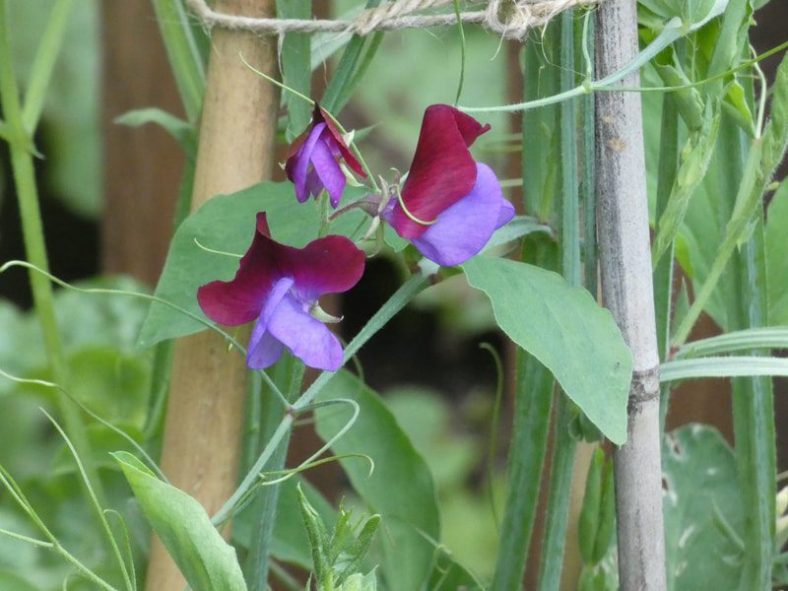 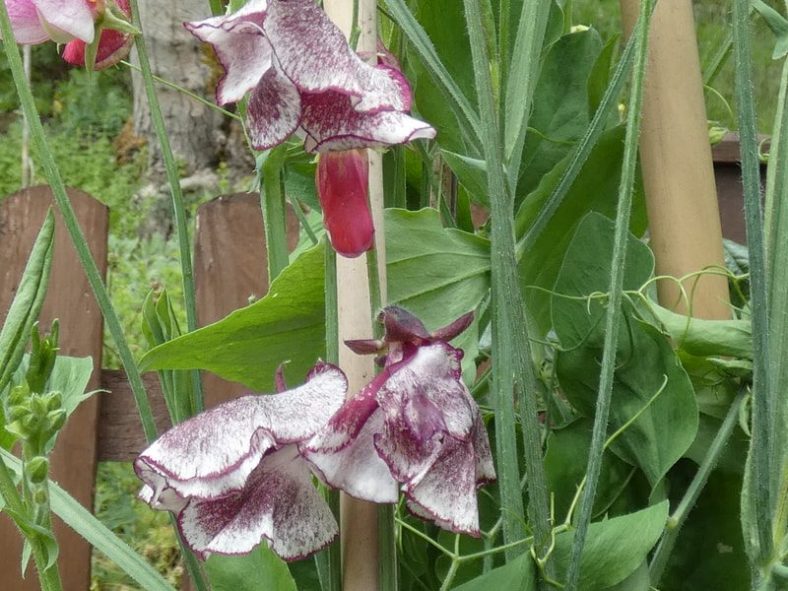 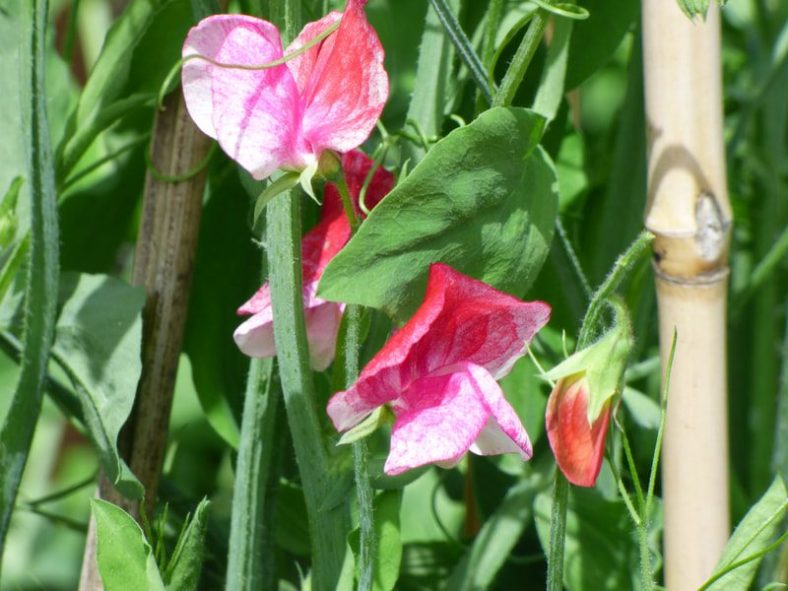 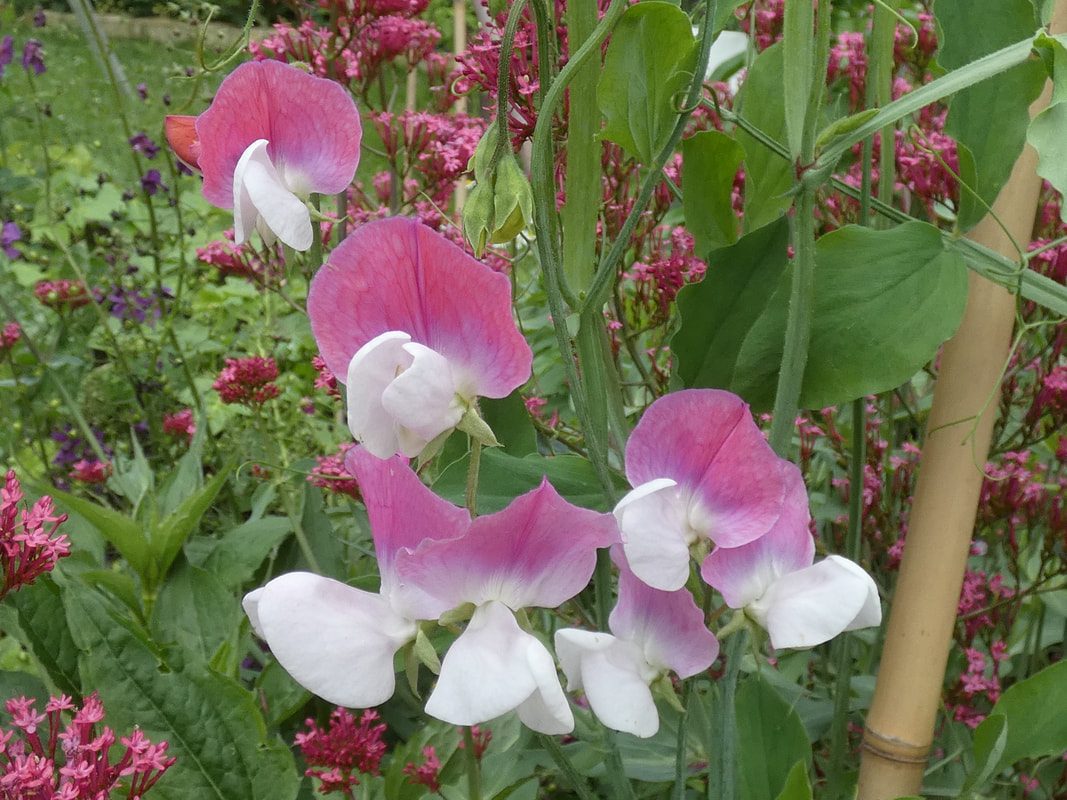 Our sweet peas are coming in to flower so it seems a good time to revisit the information we shared at the workshop back in February. This one is “Painted Lady.
Sweet peas originated in Sicily and the Eastern Mediterranean and have been cultivated since the 17th century but until the 19th century were regarded as an insignificant flower valued for its scent. In Victorian times, Henry Eckford (1823-1905) cross bred and developed it and by 1901 had introduced 115 cultivars of the 264 grown by then. Sweet peas were used to explore genetics just as Mendel did with pea plants. An interesting example was crossing two pure white strains which produced a blue hybrid. Fame awaits the first person who manages to breed a yellow sweet pea.
We grow, among others, the variety Cupani which was introduced in to Britain in 1699. It was first cultivated by Father Francis Cupani, a Sicilian monk, who found it growing wild near his monastery in 1695.
Most of our varieties are grown from seeds obtained from Easton Walled Gardens, near Grantham. They grow around 50 varieties but steadily change the mix to keep the most successful ones and also develop new strains. This time of year you can visit the gardens and see (and smell) the varieties to help you decide your favourites.
Just on the other side of the A1 is Woolsthorpe Manor, birthplace and childhood home of Isaac Newton. An aged apple tree is still in the garden. 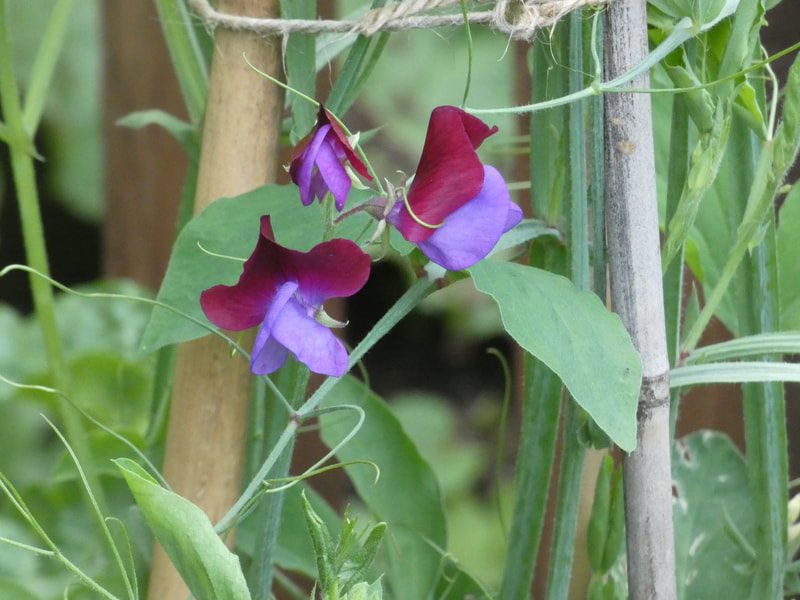 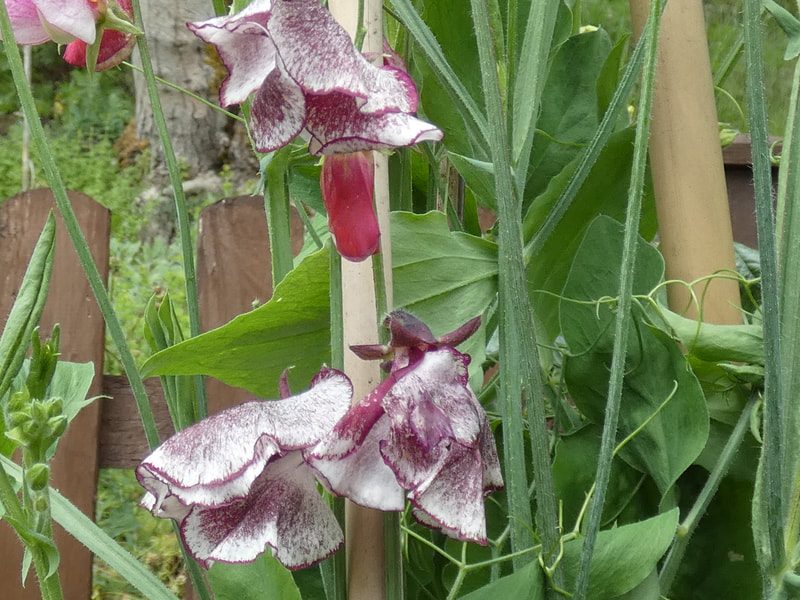 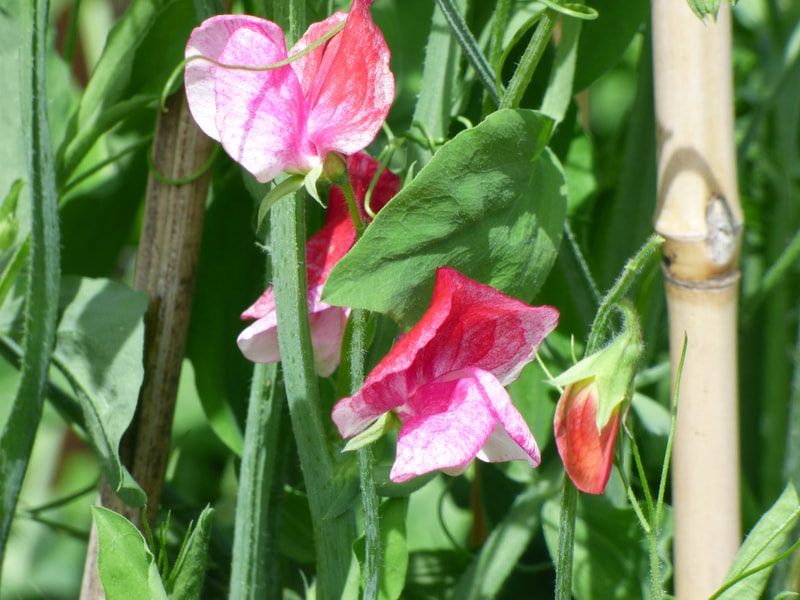