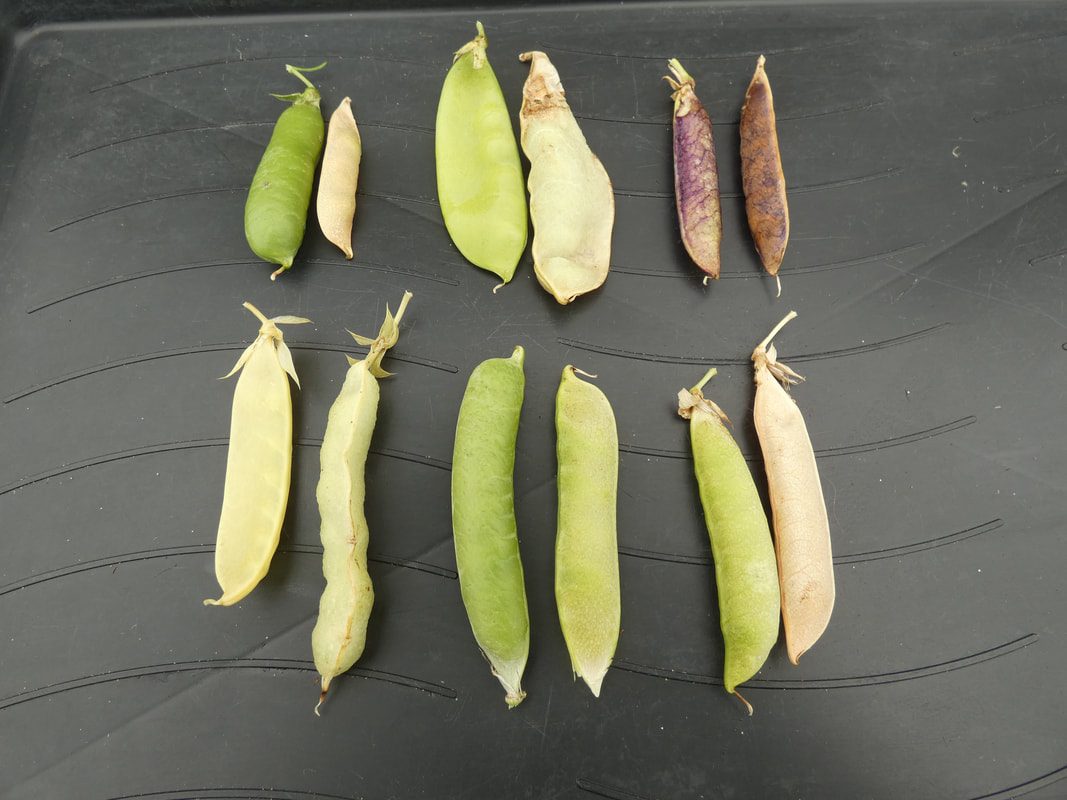 We have grown six varieties of peas this year, all Heritage varieties other than Mangetout Golden Sweet which lost its heritage designation when it was registered by a commercial grower. Over the last five weeks we have been harvesting to eat (or give away) and a week ago we started harvesting for seed for sowing next year, for sending to the Heritage Seed Library and for swapping or giving away. This means we have reviewed the performance of the different varieties and decided which to continue with next year. Our review follows, top row left to right then bottom row similarly. 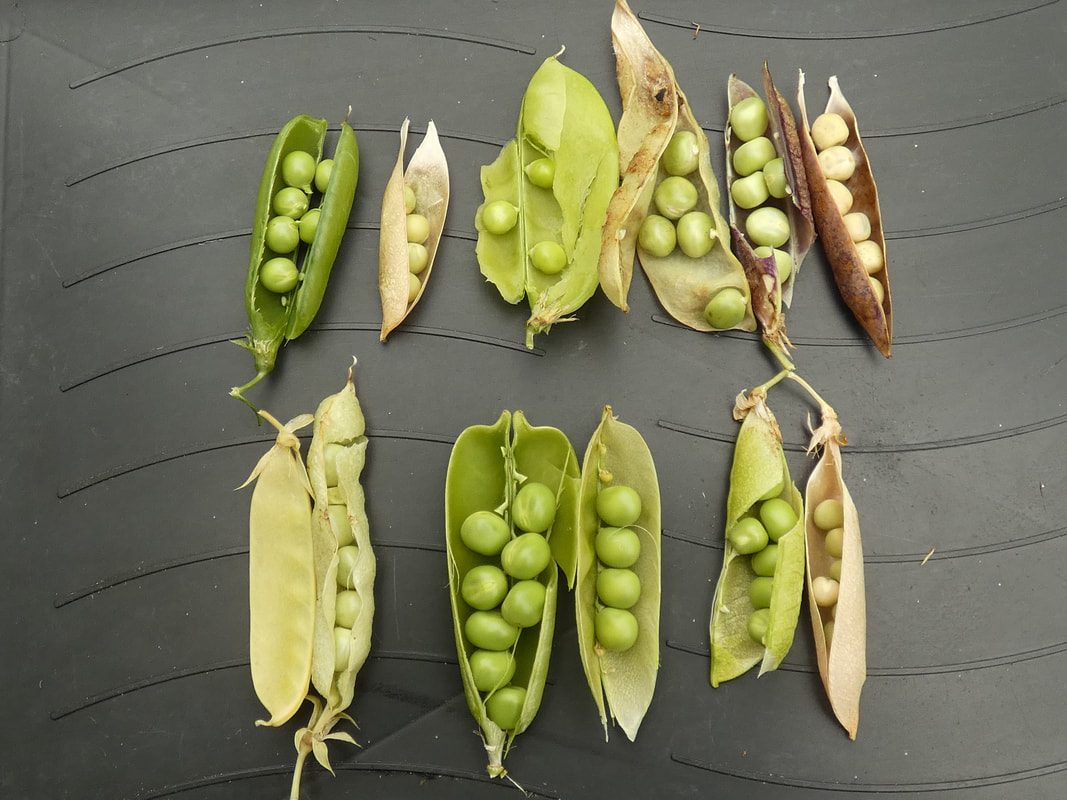 Telephone grew tall (2 metres) and tasted sweet, but produced disappointingly few pods, in the order of 60-70. We will keep some seeds in reserve, but have decided not to grow next year.
Eat All, a green mangetout with large flat pods, went well when eaten as a complement to the yellow mangetout. Again, it was not very productive but we will give it another chance in a different location next season.
The purple flowers followed by red shells of Stephen’s made it look special and they were ready three weeks before the next maincrop peas. A good number of pods, well filled, relatively small peas. Its looks and early ripening mean we will be growing it again.
Golden Sweet mangetout has been a favourite. Over three weeks we picked around 140 pods to eat whole, and we are now picking the fatter pods for eating as shelled peas while allowing enough to grow on for seed.
Magnum Bonum is one we have grown for many years and it has tried to reach 8ft and is heavy with pods full of wrinkle seeded peas. We have picked over 200 so far and it is still going strong. It was much the latest to be ready to harvest, but its productivity means we will definitely keep it on our list.
Finally, Newick, a round seeded pea which HSL have asked to be given priority as the stocks in the Library are running low. It was the second of the maincrop to be ready for harvest, but the first to be ready for seed saving. So far we have saved seeds from 150 pods and it is on track for considerably more so we should be able to help rebuild HSL stocks as well as have some available for next year’s needs.
​Pleasingly, this is the first ever year when we have not met a single pea moth caterpillar in our harvesting. We wonder what we did!