zoom
We signed up for one of Garden Organic’s annual Members’ Experiments this year and we have just received everything we need to take part. 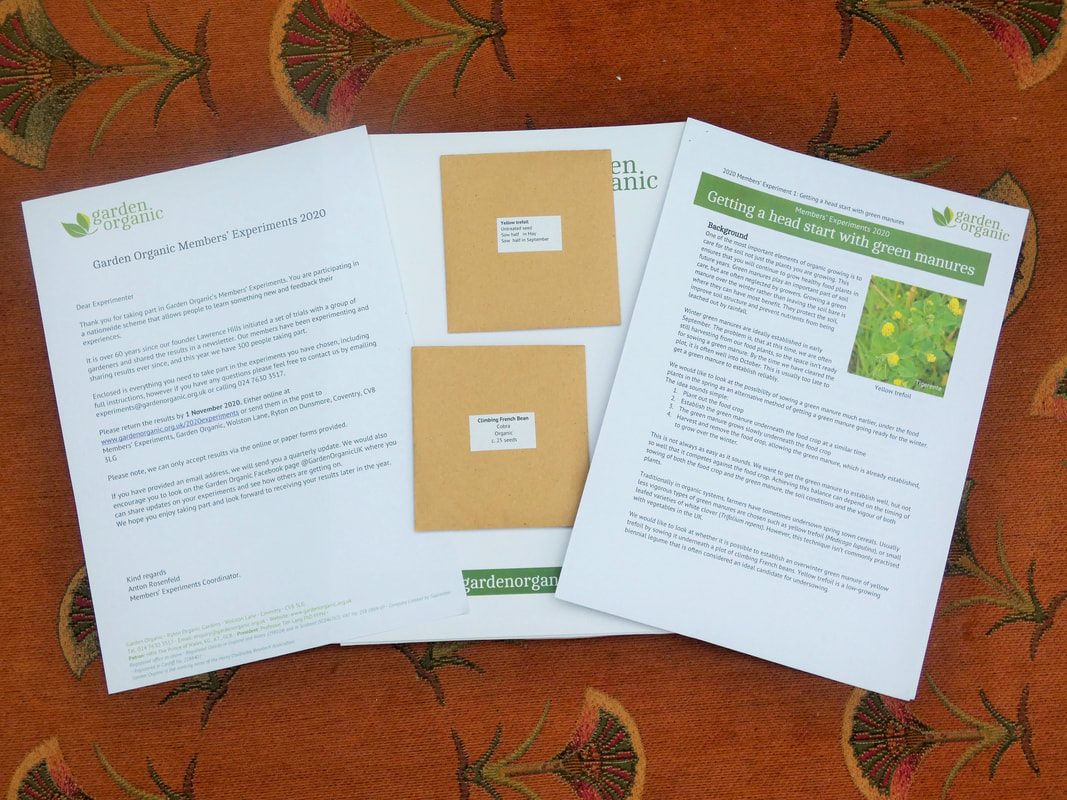 The experiment is addressing an issue associated with green manures, which can play an important part in caring for the soil. The issue is that for them to be most effective, they need to be well established before winter sets in, typically by September if not earlier in Buxton. And in September, many crops are still being harvested and the ground is not clear enough to sow the green manures.
So the experiment is to explore whether undersowing is feasible and effective.
​We will set aside two one square metre plots at Serpentine (all being well). At SCG Detached we will sow Cobra Climbing French Beans during April and grow them on. In May or when frost risk has passed, we will pass the plants to the small SCG team with half to be planted out in each plot. In just one of the plots, the team will sow half the green manure (trefoil). A bit of monthly recording is needed until the beans are harvested and the plots cleared of beans (September?). At that time, the other half of the trefoil seeds will be sown in the bare plot. We should therefore learn whether undersowing reduces the growth and harvest of the undersown plot compared with the “pure” plot, and later learn what difference there is in the growth of the green manures at the end of the season.
It will be both interesting and a test of how SCG and SCG Detached can manage working together while staying safe.