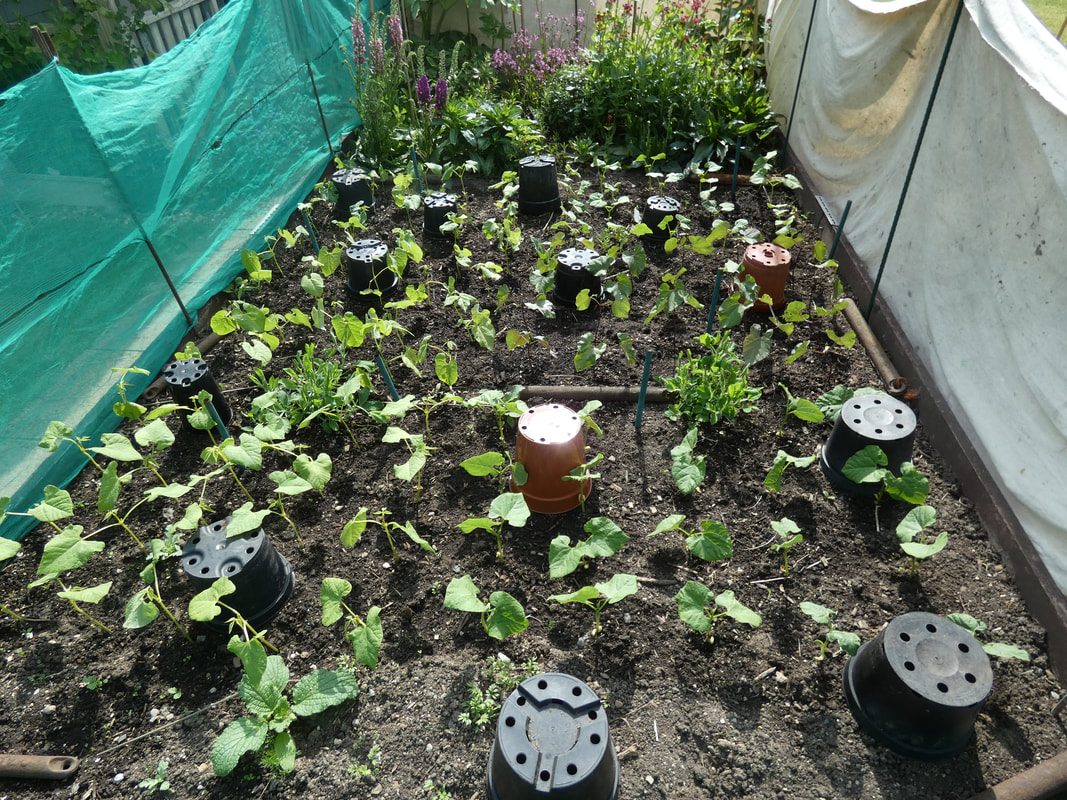 We are growing eight varieties of Heritage french beans, six dwarf and two climbing. These are the dwarf beans – Pawnee, Hungarian Butter, French Horticultural, Soldier, Mr Brooks’ Blue and Jesse Fisk. The upturned plant pots were to keep a layer of fleece from flattening the plants when we covered them during some cool nights. We have also surrounded this part of the plot with a wind break to protect fro damage by the wind action, and the drying effect. We get stronger winds on our plant because of the “Venturi Effect” caused by the wind being funnelled through the Nunbrook Valley and the railway embankments. Yesterday the wind was about 40mph and the same again today. The protection is helping a lot, but the plants are getting a bit of a battering  still.

The climbing beans, Mrs Lewis’s and Caseknife, we have planted between the tall peas. This will give the beans some protection and also help us keep the different pea varieties separate so we don’t get too muddled when we are harvesting for seed saving.