zoom
zoom
zoom
zoom
zoom
zoom
We had hoped to run a series of workshops on The Principles of Organic Gardening but these have, of course, been deferred awaiting better times. So I thought I would add an occasional blog covering aspects of the five core Principles.As we had a few decent Spring days recently, I thought we could start with “Encouraging Wildlife”, which is an element of Encouraging Biodiversity.
In our garden, we have been steadily increasing the range of flowers, focusing on spring flowers as that is where bees, butterflies and other insects emerging from hibernation or from pupae are at their most needy. So these are some of the flowers in bloom at the moment: 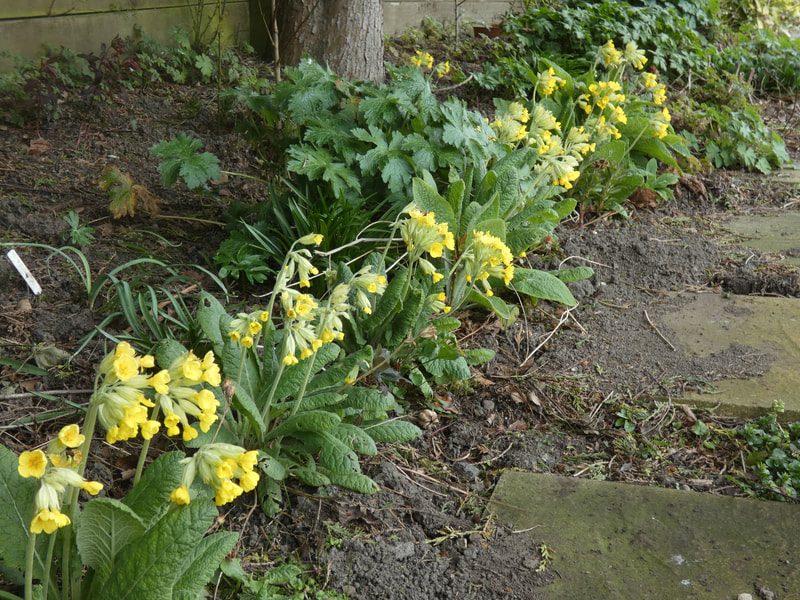 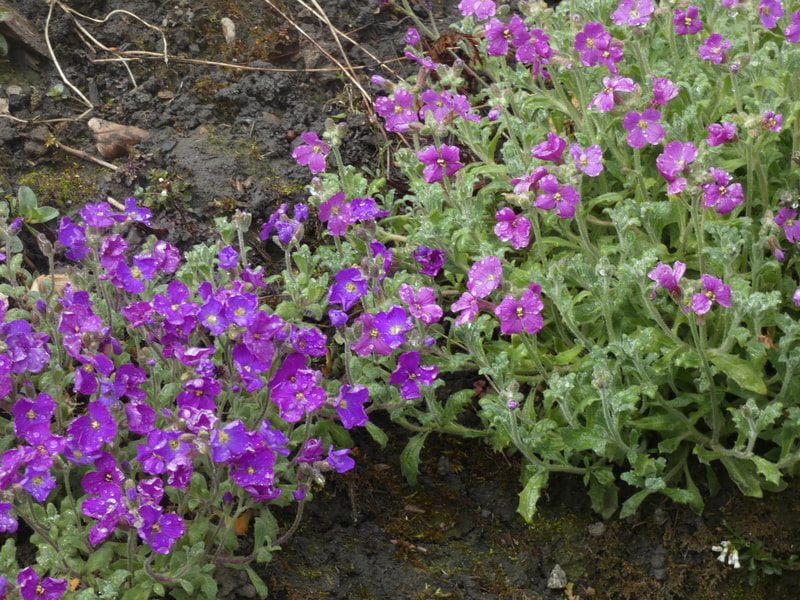 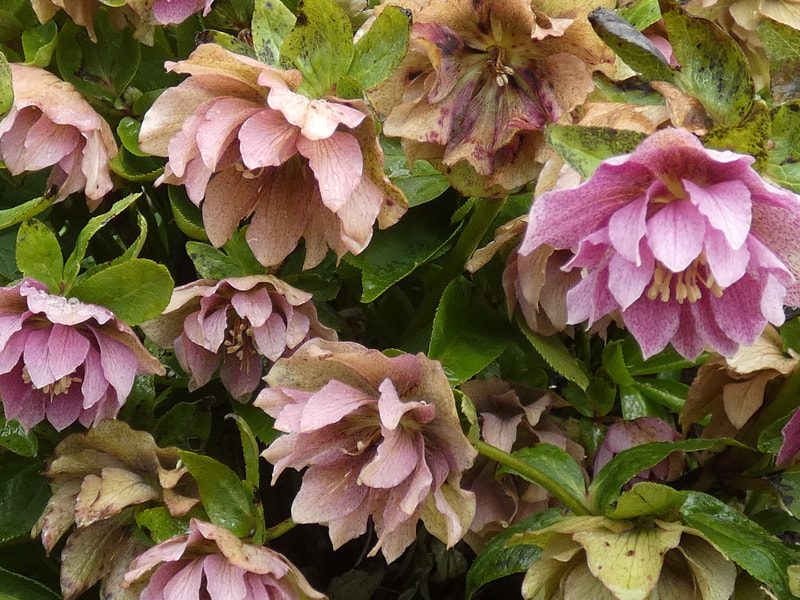 The cowslips have been particularly good and many of them originated from Serpentine when clumps were split (and will doubtless go back again in due course). As we hoped, the flowers have attracted butterflies – tortoiseshell, peacock and orange tip (this one is a female): 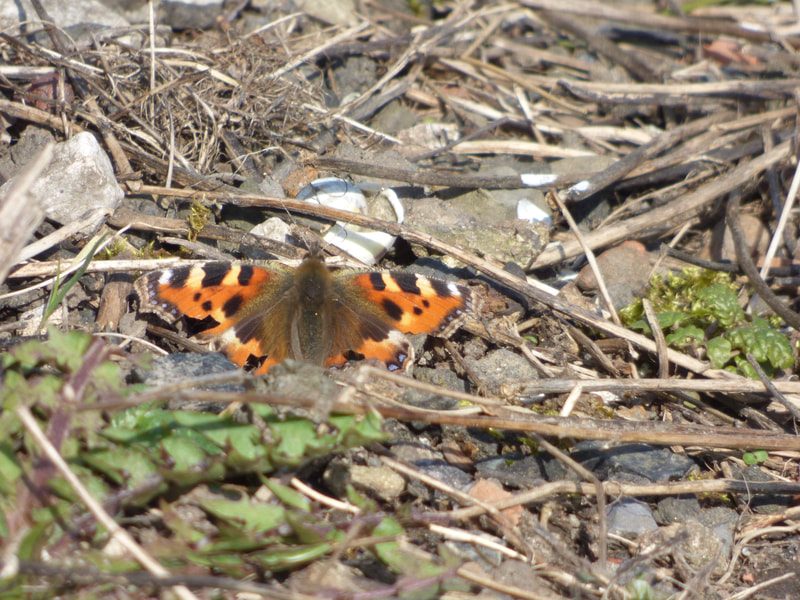 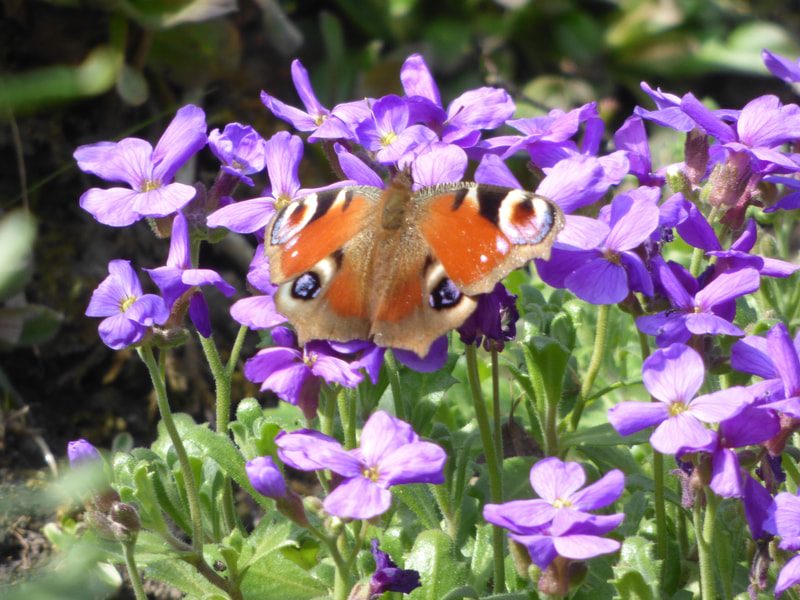 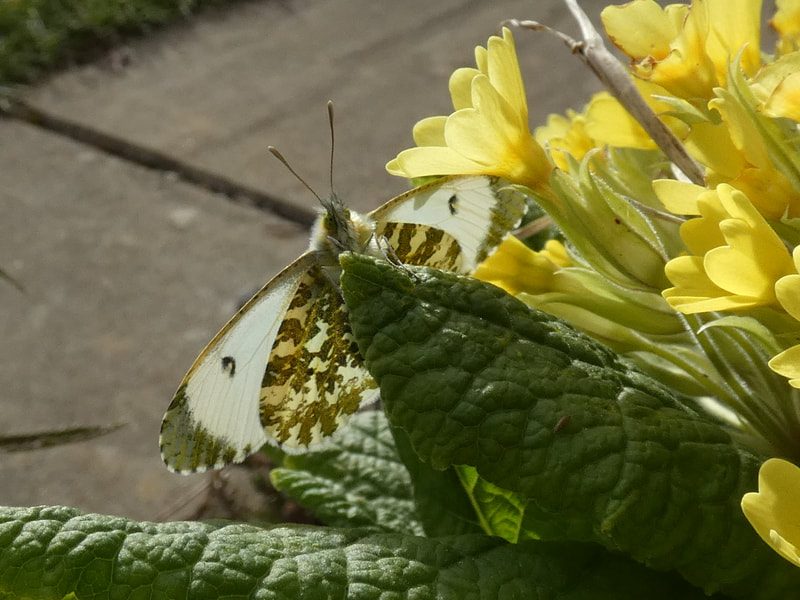 The orange tip was one of four that just appeared inside our conservatory, two of each sex, presumably from pupae that had come in with plants we brought in for the winter.
So we have made a start at establishing an environment that is welcoming to insect life. We also have a tin bath where the frog spawn is just starting to change shape! Serpentine was better established with a wildlife corridor, nettle and comfrey patches and lots of holes in walls for nesting, but Detached is getting there!