A combination of a bit of optimism and a need for space in the conservatory led us to decide to plant some varieties out into the garden beds. Faced with east winds of 20mph or more, the dwarf french beans could not cope, the main damage being caused by leaves being snapped off by the breeze. They may regrow from the top, but as a precaution we have resown some of this variety along with completing all of this week’s planned sowing. Outside however, the broad beans, morning glory, borage and lettuce (not shown) have survived well. With winds of 40mph forecast for tonight, we have suspended planting out until at least the end of the week. Plenty of other things to do including the exciting first job of the day – seeing what has poked its head through during the night! 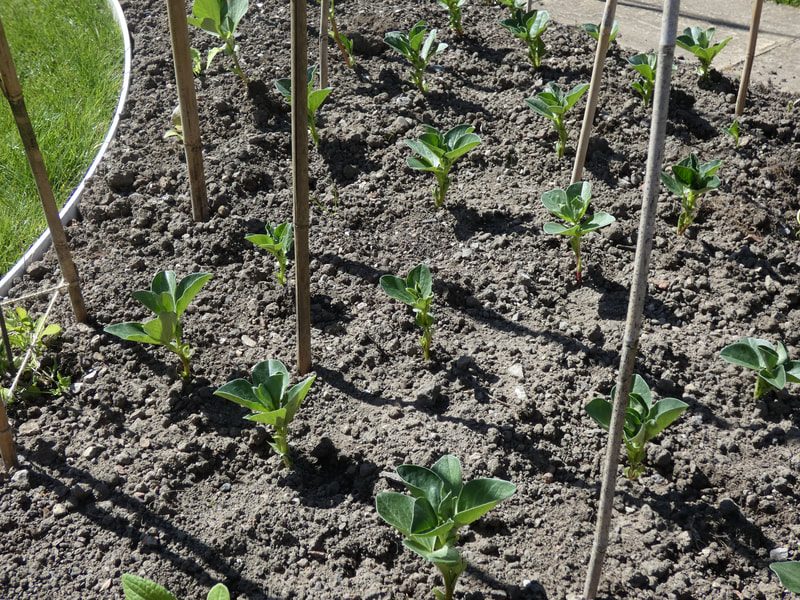 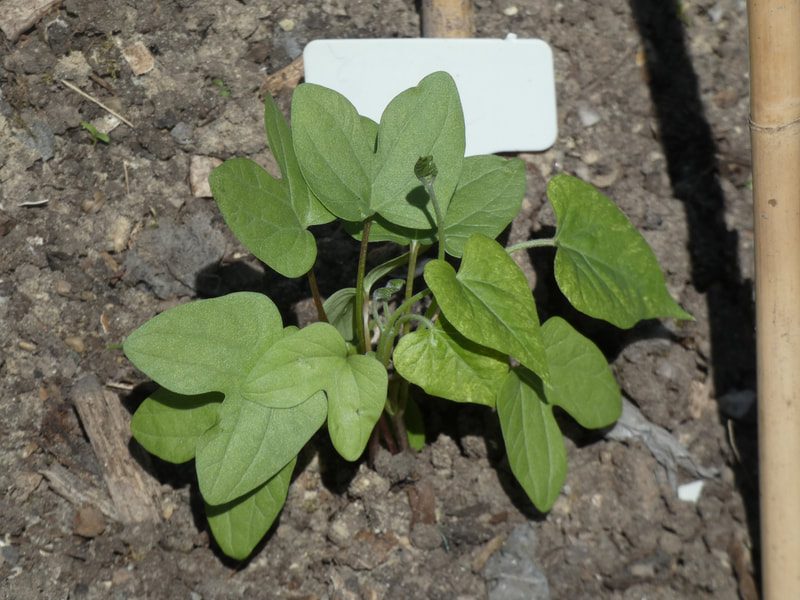 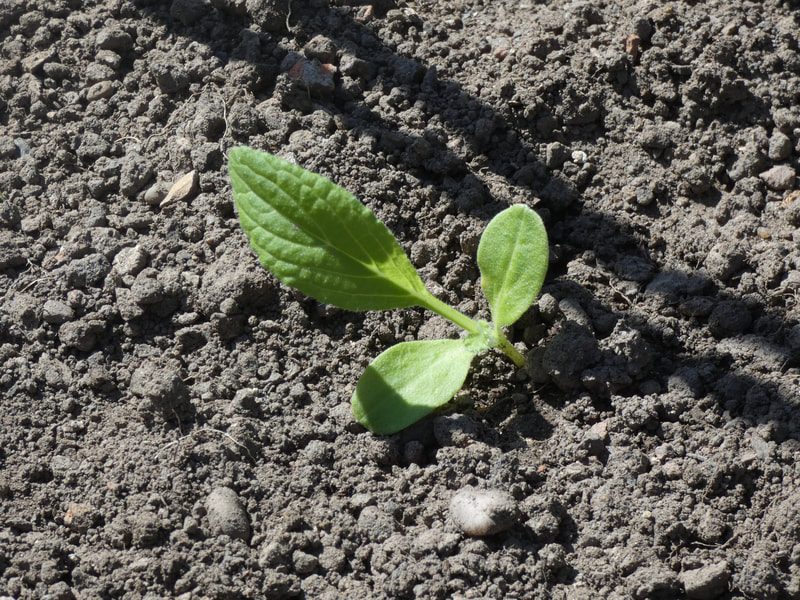