Mullein and its many uses

zoom
zoom
We took the top off a mullein (verbascum) plant that we had missed in the garden and thought, given its many uses, it might have something to offer in the present crisis. 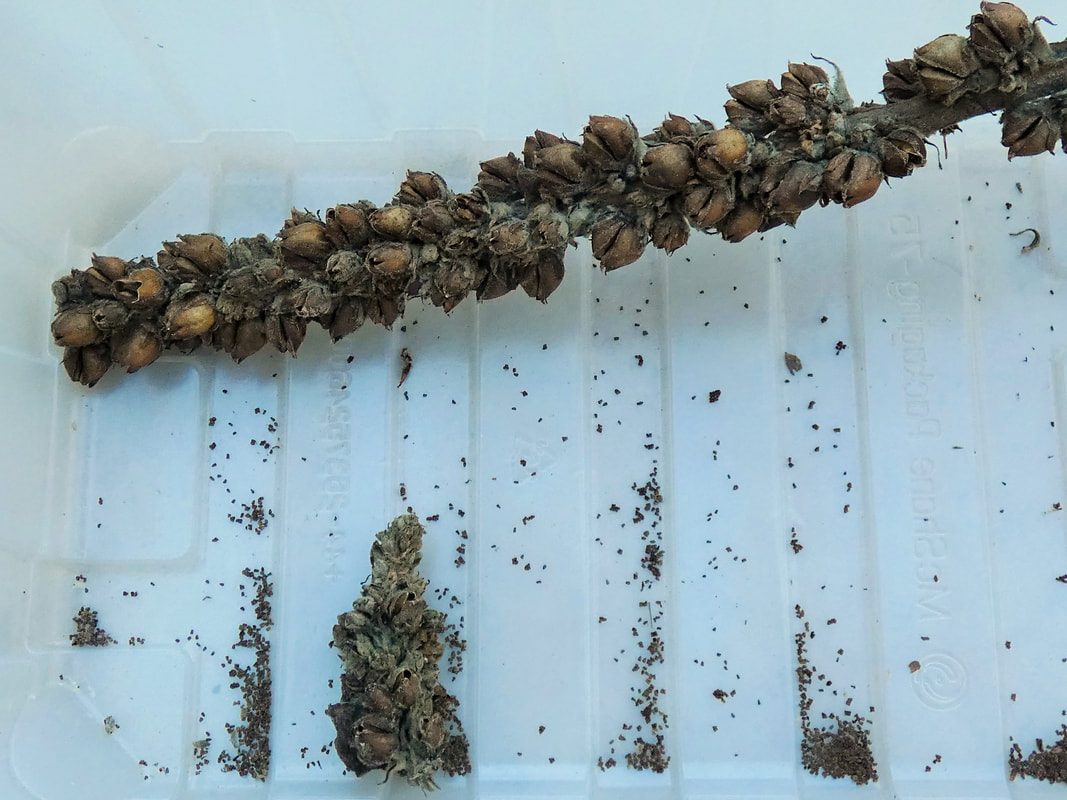 The top is hard and brown, but tapping it on the edge of the container produces a shower of very tiny seeds. We first met mullein before we knew what it was. We were walking the “Cheshire Ring”, a 100 mile walk along the canal towpaths that include Manchester, Macclesfield, Kidsgrove, Middlewich, Runcorn, Altrincham and back to Manchester. There was this plant, four or five feet tall, on the edge of the path in a very derelict area where the Bridgwater Canal was running through an area intended to become Salford Quays. We collected and later sowed some seeds and have kept that strain going in several gardens since. And mullein appeared at Serpentine when the old portacabin was removed after perhaps 20 or more years. A resilient plant that awaits its opportunity. We saved some of the Serpentine seeds and now have just a few seedlings which we will try to grow on. 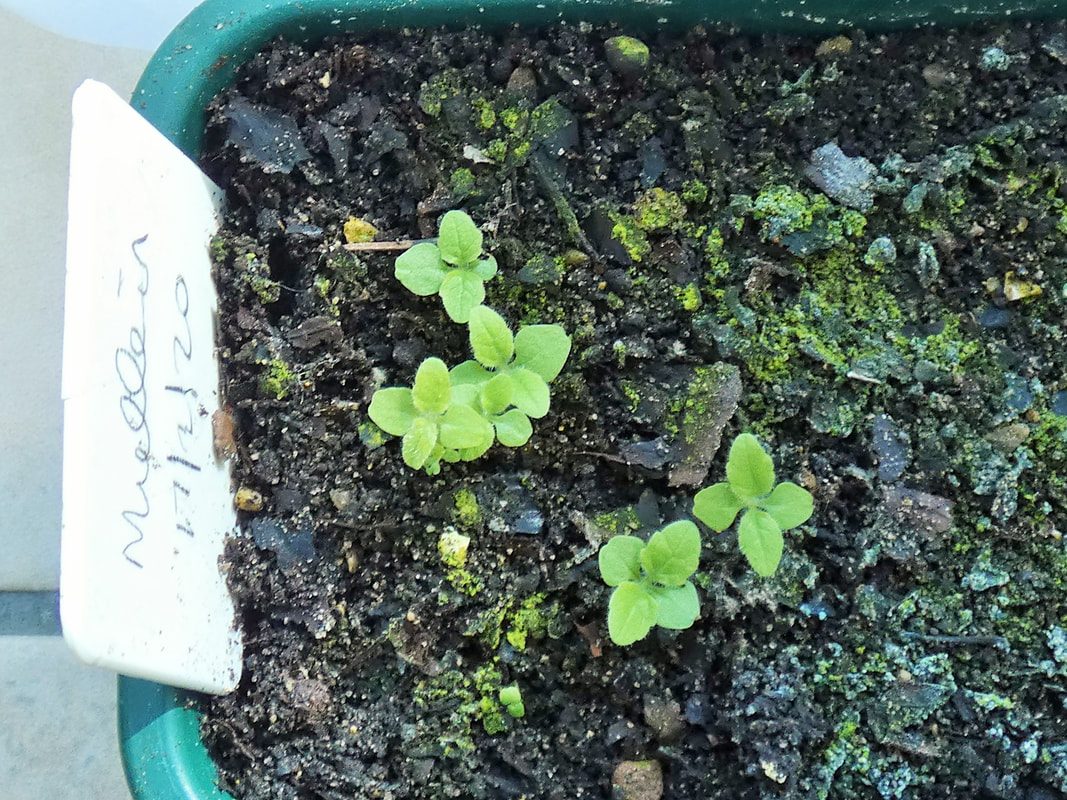 If you were able to attend one of our workshops last year where “mullein” was plant of the month, you will recall that the yellow flowers were used by Roman ladies to produce a dye suitable for making their hair blonder. The end of season woody stems were soaked in, for example, wax and lit to provide a torch. The soft leaves were used as liners for  shoes or moccasins. And finally, relevant to issues of panic buying, the leaves were also a good substitute for toilet paper (though Severn Trent might not agree).